Bathgate castle was the caput of the barony of Bathgate. The castle was part of the dowry of Marjorie Bruce, daughter of King Robert the Bruce, upon her marriage to Walter, High Steward of Scotland in 1314. Walter died there in 1327, and the castle appears was abandoned afterwards.

Bathgate Castle fell into disuse in the 1400s and little or nothing now remains of it,

However the site of the castle is located within the 9th hole of our golf course. The ditches which formed the moat and what appears to have been the entrance and probably a drawbridge are still traceable. Hardly a vestige of the castle foundations now remains.

A grass-covered mound, 2.0m – 3.0m in height, denotes the site of Bathgate Castle. The lay-out of a golf course tends to despoil the outline, but there are two distinct ditches visible, curving round the perimeter of the mound. The bank formed between them averages 0.6m in height, spread to a width of 8.0m. The inner ditch, which is very shallow, averages 2.0m across. A causeway, 8.0m broad, emerges on the E side. The top of the mound itself is undulating, and no building foundations are to be seen. Part of the bank and ditches on the N side has been cut away by the construction of railway sidings.

Although low-lying, much of this ground contains numerous hillocks 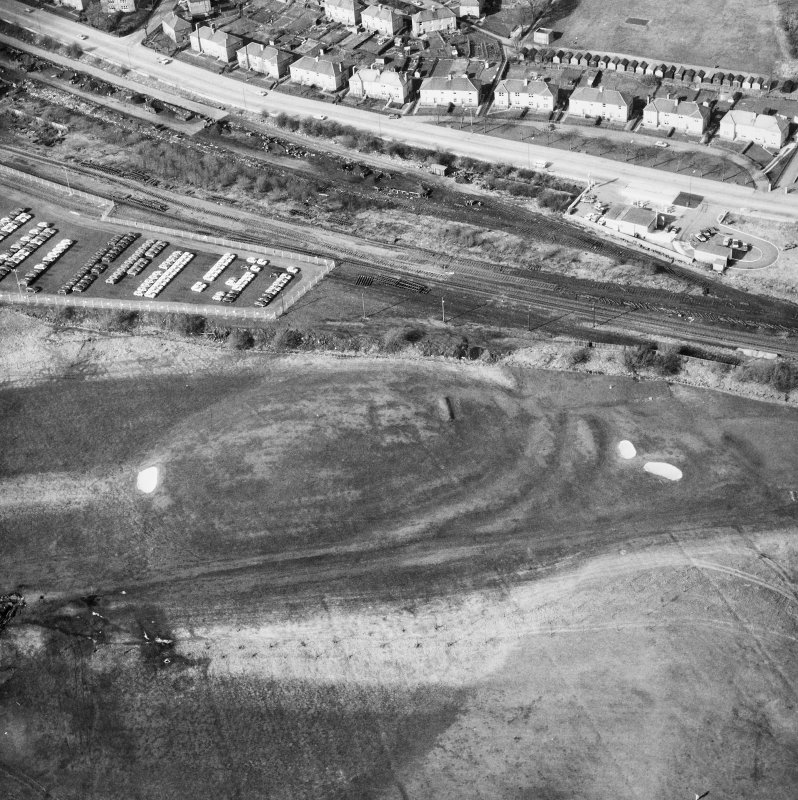